Laser scribing of foil and other materials 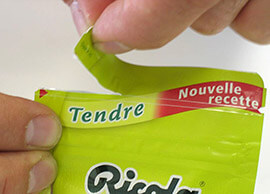 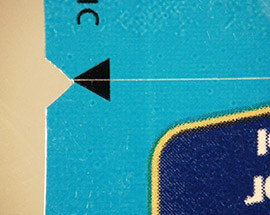 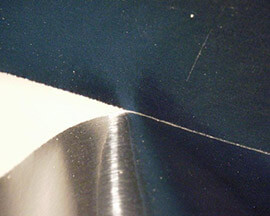 Laser scribing allows extremely fine cuts of a defined depth to be made in an extremely wide variety of materials, usually for use as a break point. Speeds of up to several hundred metres per minute in the winding process can be reached without any problems. An infinitely-variable automatic adjustment of the laser energy gives optimum control over the scribing depth in the material.

In the packaging industry, this precise depth control is a prerequisite for optimal breaking behaviour when pulled in easy opening applications. MLT laser systems allow extremely fine scribing to be performed on films, laminate films and various kinds of paper. One advantage, among others, is the optimization of the pulling solution for the end consumer. An existing tear strip can often be replaced by laser scribing, which also results in cost optimization during production.

Design edges and clean bend radii in the paper and film industry can often only be implemented by using laser scribing. Freely-definable contours can be also be created in conjunction with MLT scanner technology; for example, shapes can be produced in plastic so that consumers can easily pick up product parts.

Here you can find more details about our laser systems for laser scribing for the packaging industry in the area of film converting.

For the use in bag making machines we have developed the laser system MLPouch.